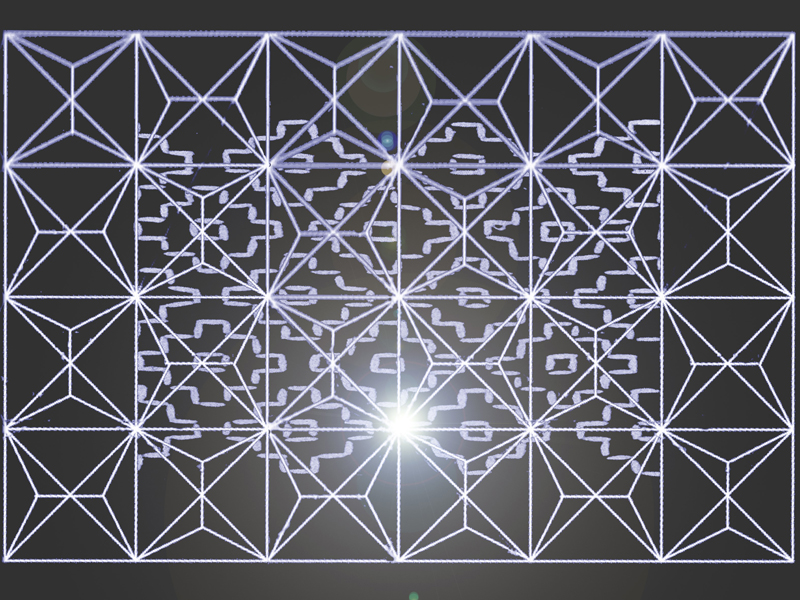 Sashiko meaning ‘little stab’ is a traditional stitching technique originating from Northern Japan. The practise evolved as a domestic rural craft during the Edo era in a time of peace. Using un-dyed thread on dark indigo cloth, the patterns often represent Buddhist motifs and ‘protection symbols’ whilst also having the functional task of strengthening clothes.

Jakob Kaye is a light artist based in Scotland using various hand etching methods on mirrors to depict his chosen subject matter for each series. Often drawn towards natural geometry and cultural history as themes, Jakob is applying the fine hand-skill and focus required for the needlework within the traditional Sashiko art form in an alternative medium.

Having recently created an outdoor installation in Iceland based on the rainbow in Norse mythology, Jakob has also exhibited as part of Clerkenwell Design Week with works inspired by architectural forms. Jakob has also formed a team of academics and lecturers within Scottish Universities to continue his research and development for a new series titled the ‘Soul Mirrors’.